Fashion director, Isabella Blow’s hands on contributions are considerably few yet her impact on the fashion world is undeniable having been credited with the discovery of Alexander McQueen, milliner Philip Treacy and model Stella Tenant. Following her untimely death by suicide, she might have faded into obscurity altogether if not for the intervening hand of closest friend, heiress Daphne Guinness, who arranged for a showing of the late doyenne’s wardrobe at Somerset House.

Born in 1958, Isabella, herself an estranged daughter of minor nobility, grew up in the shadow of notoriety; her grandfather Jock Delves Broughton having stood trial for the murder of Josslyn Hay, Earl of Errol. Moving to New York in 1979, she flitted from a stint as Anna Wintour’s assistant, to right hand of André Leon Tally, only to make her way back to London landing at Tatler and Sunday Times style magazine. Isabella was at the heart of the fashion world, a glittering ingénue with front row seats at every show and a roster of fashion’s who’s who at her fingertips. Notably, she launched the career of McQueen and put Treacy on the map by enthusiastically sporting his unorthodox creations at runway shows. 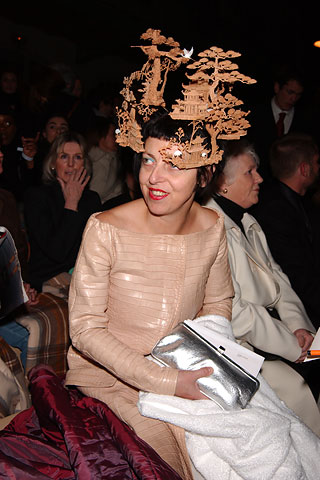 As her career wound to an end, she would find herself diagnosed as bi-polar, facing money problems, ovarian cancer and largely discarded by the fashion world. Depressed by her waning stardom, over several years she would attempt suicide multiple times before a final successful attempt in 2007 involving the weed-killer, Paraquat.

The show itself is a bittersweet, almost melancholy affair; literally a peeping through the belongings of an early it-girl which without Guinness, may have found their way into some attic or worse. Beginning with her formative years, there are family albums of aging Polaroids peppered with the occasional celebrity photo; several pages of some of her more notable editorial collaborations including those with photographer, David LaChapelle; footage of Isabella clowning with friends, regaling the filmmaker with tales of her childhood or waxing poetic on fashion and yes, there are the clothes! 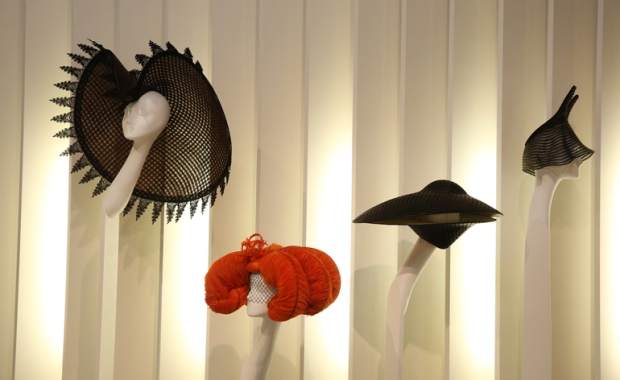 Amongst her things are the early creations of Alexander McQueen, Philip Treacy and, Hussein Chalayan being thoughtfully displayed with footage of the original shows to give the viewer full context. It’s staggering to see the humble beginnings of these designers bringing next the realization of how far their brands have grown. The real moment comes in the upper level where you see some of the most famous pieces as they we’re worn in their heyday (the sheer hot pink burka by Jun Takahashi) complete with achingly beautiful hats, equally aching shoes and humorous pieces of jewelry, including the cheeky, lobster necklace.

What was particularly poignant was a piece of interview footage of a somewhat aged yet effervescent Isabella, which exemplifies her uncanny ability to succinctly and eloquently summarize the impact that fashion has had upon the changing face of society. Overall it was a touching tribute to a troubled woman who doubted her impression on a world which is very fickle and even more often, thankless.