In Memory of Joseph Gatto…

On November 13, I was stunned by the news of the violent murder of my art teacher and mentor, Joseph Gatto who was shot during a robbery of his Silverlake home. One by one, friends and classmates began to gather virtually to try and make sense of the killing of a man who during his 78 years on this earth did nothing but help and enrich the lives of others.

I was one of those people for whom without Joe’s hand, would not be the person I am today, literally. I was 15 at the time and in a bad relationship with a high school located in a depressed area of Southern California. Known for it’s constant churn of athletes, there wasn’t a single program in place for an artistic outcast and not being an academic whiz, my prospects after graduation were slim. My parents took notice of an article regarding the formation of a high school for the arts and although I had missed the open auditions, the art department had not quite made it’s quota. One phone call and a portfolio drop off later, netted me a seat in salvation.

To say that my eyes were opened is an understatement as my knowledge of careers in the arts went no further than illustrators for Hallmark greeting cards or the minute chances of becoming the next Jeff Koons. Joe took us under his wing and exposed us to so much in the way of visual arts, treating us not as high school kids but future professional artists. There was no dumbing down of his instruction, no infantilizing or rounding up of those not interested. Instead, there was a steady stream of brilliant classes such as figure drawing, painting, print making, ceramics, fashion illustration and so forth, quenching the thirst of those of us who had been relegated to the back of the class in our other schools. ‘There’s the door.’ was Joe’s matter of fact answer to anyone who wanted to waste time. In other words, it was up to you to pick up what he was laying down and make use of it. As in life, no one was going to do it for you and the sooner you woke up to that fact, the better.

I was part of the first graduating class of the Los Angeles County High School for the Arts and I went on to Art Center in Pasadena (something I didn’t even know existed). Using the foundation I was so fortunate to receive under Joe Gatto’s guidance, I have been able to work for top corporations such as Disney and Nike which is a far cry for a young, African American girl who had never even heard of licensing.

Fast forward to today when my fellow alumni and I gather to say goodbye to a man who meant so much to us and went so far out of his way to battle on our behalf; we will try to make sense of the slaughter of someone who dedicated his life to making a positive impact on the lives of others. This inability to put into words, to give shape to that impression is something I know I’m not alone in and can only stand as a testament to the monumental good that Joe has done in his life. To know that today, as we give tribute to his memory, I will be surrounded by so many others who are also part of that testament; in my eyes, defies the taking of his life because Joe lives on in me and in everyone else he touched.

We will miss you Joe. Peace, love and parakeets. 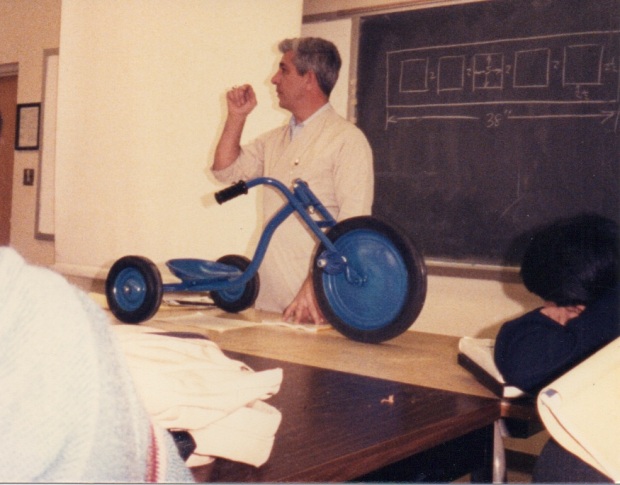