caught the opening of this show last saturday not knowing what to expect and finding myself quite moved by a number of the pieces.  the exhibit asks the question, what is the blues and how does it influence contemporary art, music and our thoughts about our cultural roots and how we define ourselves. 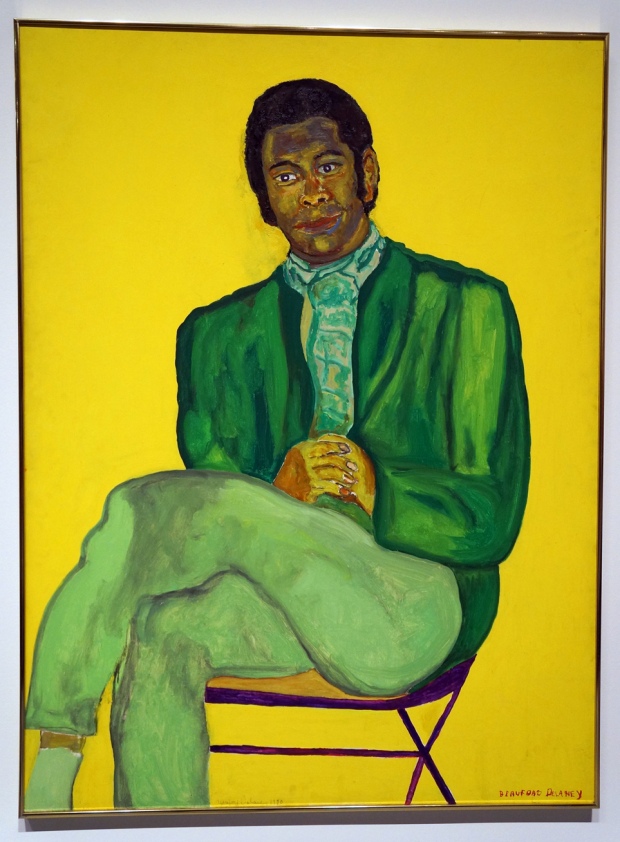 ‘portrait of a young musician’, both by beauford delaney 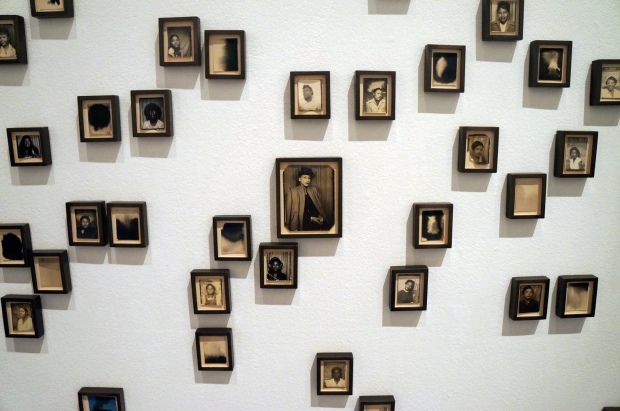 lorna simpson’s ‘remind me who i am’, struck deep for me.

although impossible for me to photograph in it’s entirety, the wall is made up of vintage photo booth snaps of women during what appears to span the 30’s to the late 50’s.  there is so something so haunting about these long forgotten little keepsakes snapped for boyfriends, husbands and other loved ones.  having recently obtained some of my late grandmother’s pictures,  i couldn’t help but look at these wondering who the women were and what had become of them…

what were their hopes and dreams?…

what had their lives been like and were they still with us?

‘something like a bird double barbara’, barkley l. hendricks

loved her!!! something about her is tough but so sensitive and just screams new york in the early 70’s.

even if i didn’t grow up on chicago’s south side or in brooklyn, images like this always seem to tap into a nostalgic sense of family and community.

‘family pictures and stories’, carrie mae weems. love the look on girlfriend’s face in the middle!

i have to confess to normally shying away from photo essays but this one resonated as they could have been images from own childhood.  begun while ms. weems was student at california institute for the arts, the images are joined by an audio narration and on some images, text.  the overall effect on the installation is journalistic taking you through the emigration of a close knit, middle class family from tennesee to oregon while dispelling the claims of the 1965 moynihan report that depicted black communities as crumbling because of weak family structures. 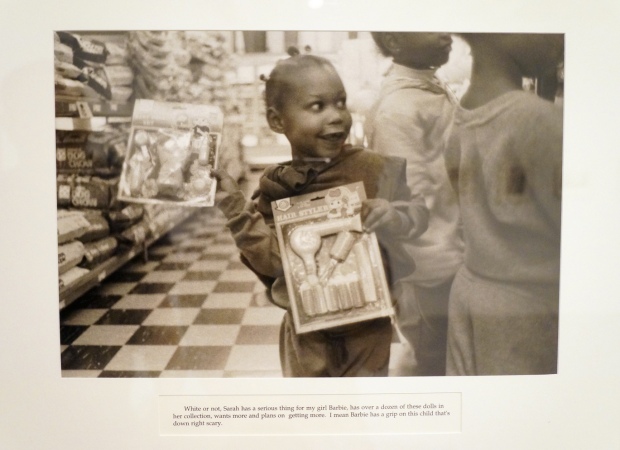 any of these shots could have been taken from my own past. we had our share of issues too much like some of subjects and my family was, and still is, intact. 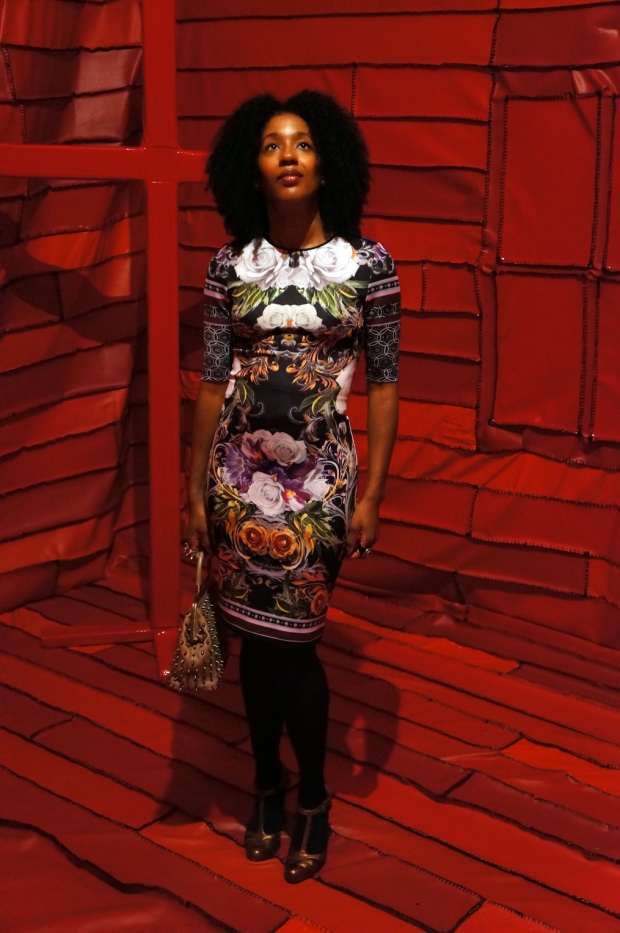 randy mcmillian’s ‘from asteriks in dockery’

this was an amazing reproduction of a small church with pews, podium, crucifix and even windows made out of blanket stitched red vinyl.  to be in the middle of this installation was compelling but it was a shame that the artist didn’t push further and design lighting for it.  or rather if he did, i perhaps missed it and would have expected a much moodier atmosphere…

grandma, about 17 years of age.

the exhibit was that and so much more with audio excerpts, music and film.  not everyone will agree with all of the work but it does what it aims to which is furthering the discussion on just what constitutes the blues. ‘blues for smoke’ runs at the geffen contemporary until 3 january 2013.