…“ciclovía, is a term which translates from Spanish into English as “bike path” and is now used worldwide to describe either a permanently designated bicycle route or a temporary event, the closing of the street to automobiles for use by others.” – wikipedia

CicLAVia was an amazing opportunity to jump on our bikes and pretend it was post-apocalyptic l.a.! a nice chunk of streets traversing the l.a. corrider connecting east l.a. to melrose, was closed to cars today from 10 to 3pm. the weather was cali kissed perfection as thousands of angelenos mounted bikes, rollerblades, skateboards and on foot taking back streets normally congested with the roaring madness of single occupant cars. the only make up most people wore was smiles and plenty were getting their freak on with customized bikes, boombox contraptions, wigs, tees, whatever. i got my ride a safety check yesterday, planned the appropriately photogenic “biking attire” and hit the l.a. streets with andrew. 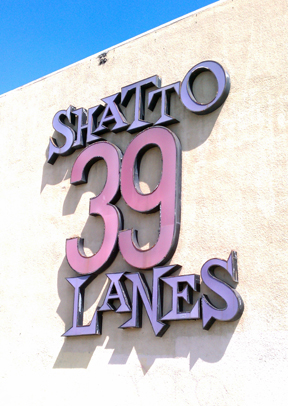 street musicians along the route

fellow rider and his folding bike 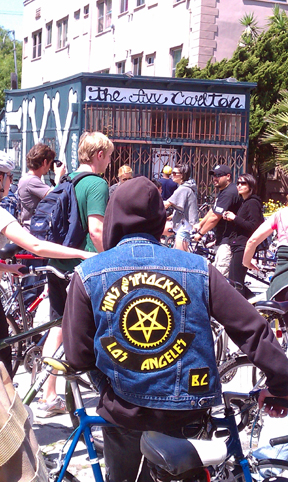 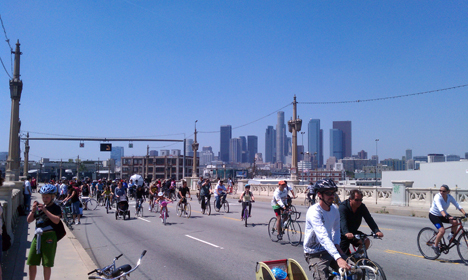 cylists against the l.a. skyline

hollenbeck park – end of the line

grooming for the after party 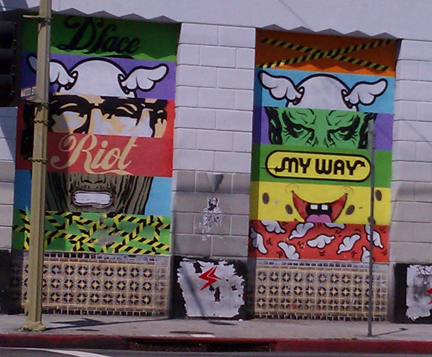 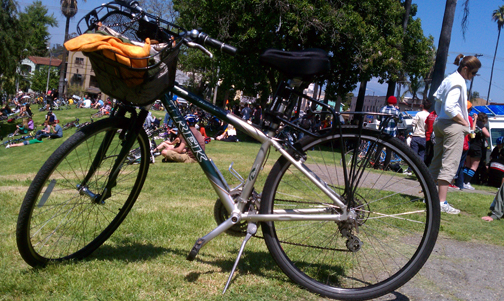 coming your way again in july and october!