so yesterday i took the plunge and bought what i thought to be the most significant mother’s day present ever. strangely enough, it wasn’t anything physical/tangible but i think that despite the hefty price, to my mother, it will be priceless. i went to african ancestry on-line and bought her a matriarch dna kit. we first learned about this on henry gates jr’s “african american lives” which aired on pbs. just the thought that we could find out where our ancesters were from seemed like the best way to honor my mother and all the mothers along her line.

she simply swabs the inside of her mouth and posts the sample back to the lab. the sample cells are referenced with a number for privacy sake and the results are cross referenced with the world’s largest data base of african based dna. which, by the way, is why i chose the service. you have to have african blood to use it simply to enable other mixed bloods a better chance at pinpointing tribal commonalities. other services couldn’t offer that.

a few weeks ago, some friends and i rode in a cab driven by a man named joseph. i was talking about my idea for this gift and suddenly he went from being very quiet to excited. he flicked on the light so i could see his face and told me what a wonderful thing i was doing. he is from africa and if you ask what country, he will say nigeria and if you ask what tribe, he wil say ibo. i asked him what region he thought i could be from and he said ethiopia, which is in keeping with family lore. i already know we’ll be part english on my maternal grandfather’s patriarchal side as i’ve already seen the photo of the man who is my great, great grandfather. (see john clark below)

it doesn’t seem real just yet as we don’t have anything in hand but the prospect of knowing contains so many possibilities. there are many articles i’ve read about the pbs show and one african american critic thought there was no point in knowing and that it was a waste of money that could be put towards african american communities here at home. she thought the hefty price put it beyond the reach of most african americans which makes it even more inconceivable that this would ever be of value to anyone but celebrities. i have to say i felt sad for her. why wouldn’t we like to know more about ourselves and where we’re from? why we look the way we do or crave certain diets or have certain attributes? i remember what it was like to experience the humidity of sao paulo, brazil and the effect it had on my skin and hair. for the first time in my life my natural hair felt supple and springy without styling aids. my skin wasn’t dry and felt moist and plump. to know that genetically i was built for a different climate was an eye opener! what more can i learn about myself when i know where my ancesters are from? i’ll keep you posted… 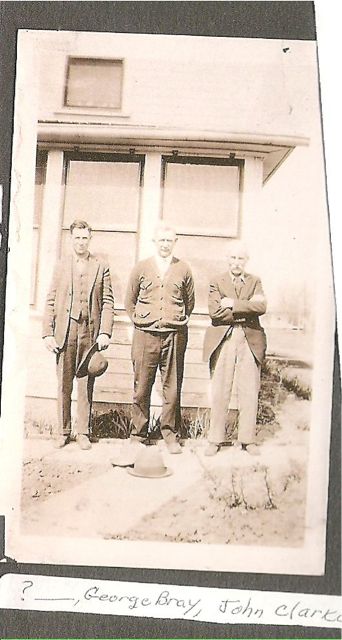 ← if books are mirrors…
adventures in ancestry (part 2) →

2 thoughts on “adventures in ancestry (part 1)”